In recent years, the concept of humility has gained importance not only in management, but also in political and social communication.

"Humility" in this context means knowing one's own strengths/weaknesses, appreciating others, being willing to learn and be open, and understanding that we are only a small part of a bigger picture.

My study shows the powerful effects of humility by using a concrete example: an appeal to humility, in this case to the bigger picture, measurably increases the willingness to have wind turbines built close to one’s home.

Compared to the control group, people who adopt a broader perspective are twice as willing to fully agree to construction. Additional supporters can be gained if the benefits of this intervention for future generations are made clear. Next to the bigger picture, financial self-interest also plays a major role.

In the control questionnaire, only 16 percent definitely agreed with construction.

In addition, there were three other version of the questionnaire with the following additions.:

Now more than twice as many 34%, definitely agreed.

Here, also more than twice as many 33%, also definitely agreed.

70 percent of the participants mentioned nature as well as their joy when in nature. 30 percent named people or culture. The focus on the "beauty” of nature and their personal delight in it actually reduced the level of agreement.

Only 18 percent definitely agreed to wind turbines being built

Below you can see the results at one glance 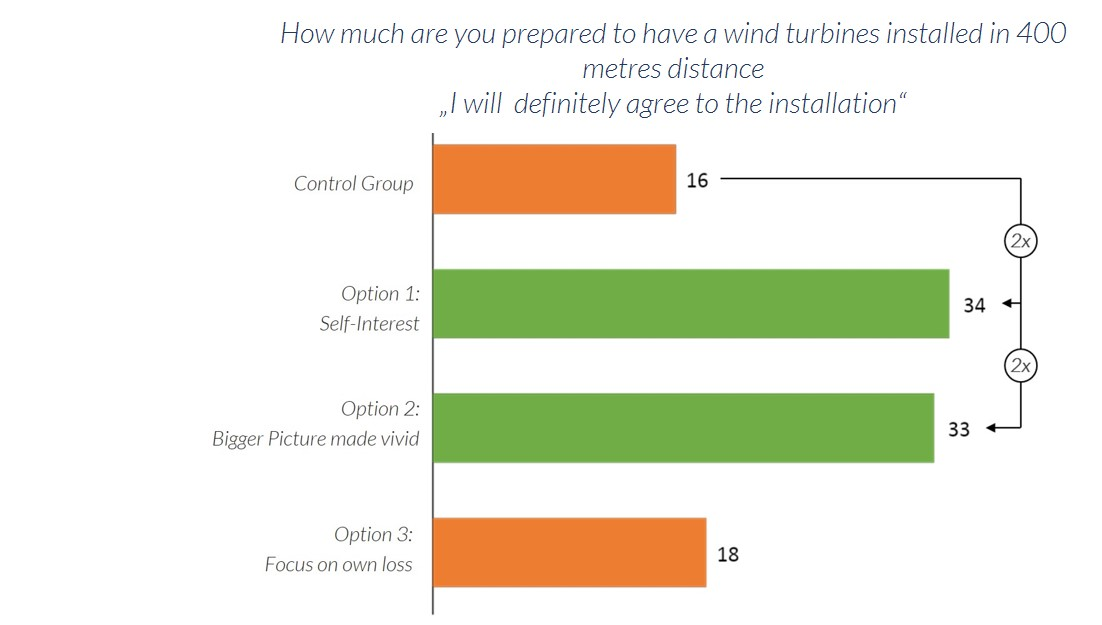 In the additional question for the undecided/negative, the focus on the bigger picture was again the most promising approach:

if it becomes clear how the next generation will benefit, another 46 percent change their answer to a sure vote in favor! 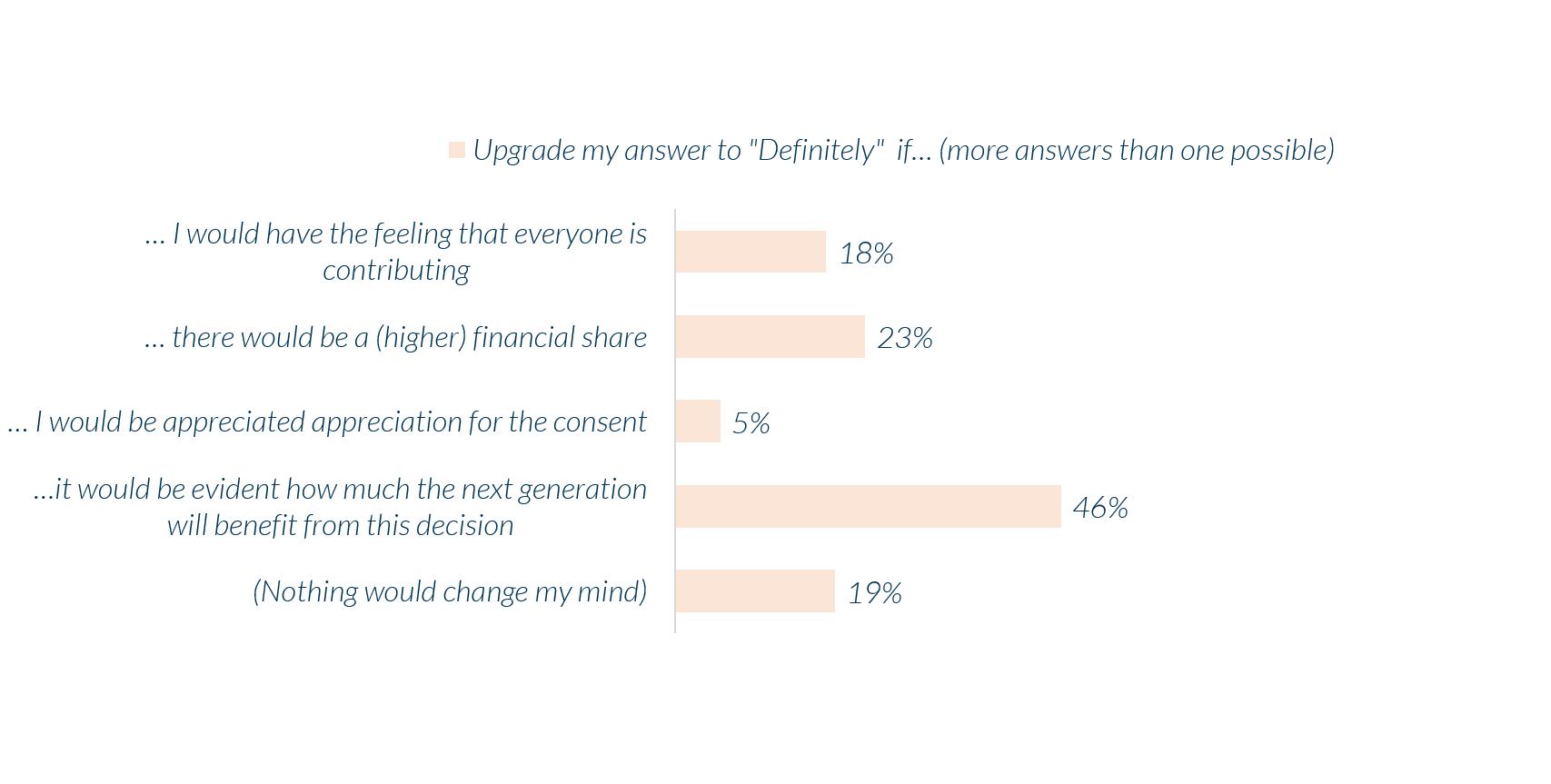 When it comes to the upcoming climate change, in order to strengthen acceptance for difficult societal decisions, there must be a strong appeal not only to self-interest, but also to humility in the form of a vividly depicted bigger picture.